57 years ago. The year is 1959. Alaska becomes the 49th State and Hawaii becomes the 50th State of the United States of America. Xerox launches the first commercial copier. The Boeing 707 Airliner comes into service cutting 8 hours off transatlantic flight. Fidel Castro comes to power in Cuba. An iconic fashion doll is created by Ruth Handler and introduced by Mattel – Barbie dolls will easily remain the most popular fashion dolls for decades to come. West Allis Heating & Cooling Service is established by United States Marine, Floyd Brink. 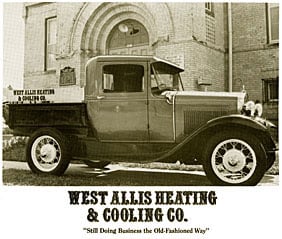 Although establishment of West Allis Heating & Cooling did not quite make it to the history books, we fondly remember the year of our company’s inception and can see how much times have really changed since 1959.

57 years ago, furnace replacements were hundreds of dollars, now they are thousands. With time comes inflation. The HVAC (Heating, Ventilation and Air Conditioning) industry is no exception. Like every industry we have seen costs consistently go up over the last 5 decades. We think it’s nice to think of a time when people spend as much, make as much or need as much. Clearly many things have changed since 1959, but one thing has stayed the same and that is West Allis Heating & Air Conditioning’s steadfast dedication to providing quality, professional service and an excellent customer experience every time.

By WestAllisHVAC|September 21st, 2016|Categories: About Us|